Here are some of the resources I find useful in developing my own practices for a non-religious but spiritual life. I will keep adding from time to time, and please feel free to email me with anything you think would be good to add. 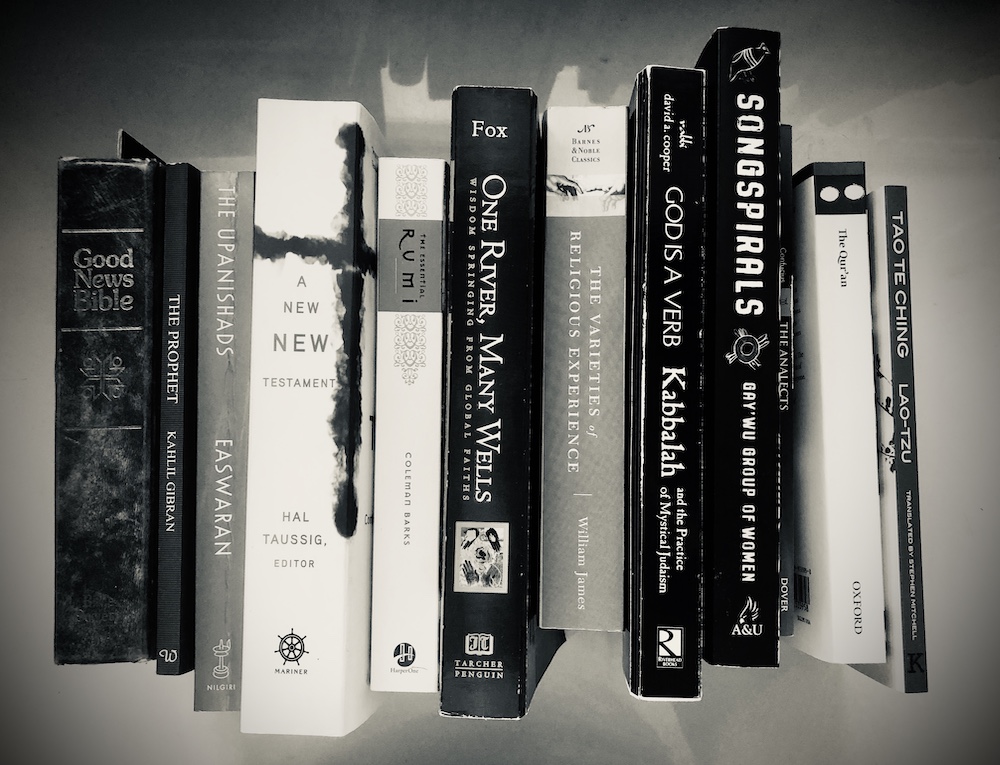 The On Being project has a great podcast I like to listen to on my walks, hosted by Krista Tippett and interviewing a wonderful array of thinkers, musicians, artists and activists about their spiritual lives.

For poetry which explores spirituality and expresses the inexpressible, I turn to the following:

The sacred texts archive is a useful resource for anyone interested in reading the world’s largest recorded religions’ key works.

Huston Smith’s book, ‘The World’s Religions,’ is the best book I have come across explaining the world’s largest recorded religions. Smith describes religions with a delight, curiosity and empathy which is communicated through intellectual rigour and poetic phrasing.

Some of my other favourite books about spirituality include:

The New Seminary is where I did my Masters of Theology and was ordained as an interfaith minister. It is the world’s oldest interfaith seminary, originally born out of the African American civil rights movement and refusal to hear the Bible used to justify slavery. The Seminary accepts a dozen or so students from around the world annually, interested in developing a way of being of spiritual service to the non-religious. The New Seminary also has an excellent reading list which they share on their website.